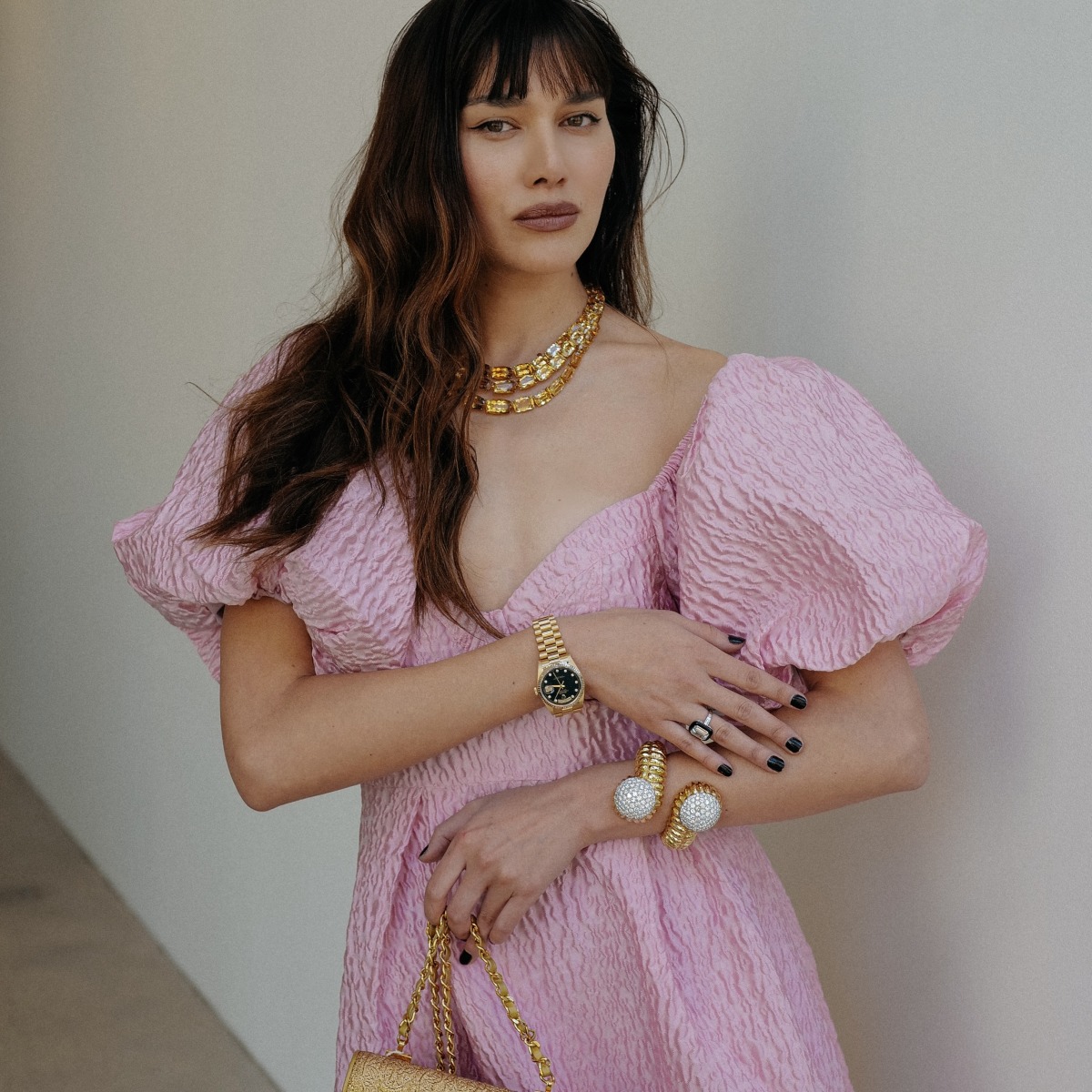 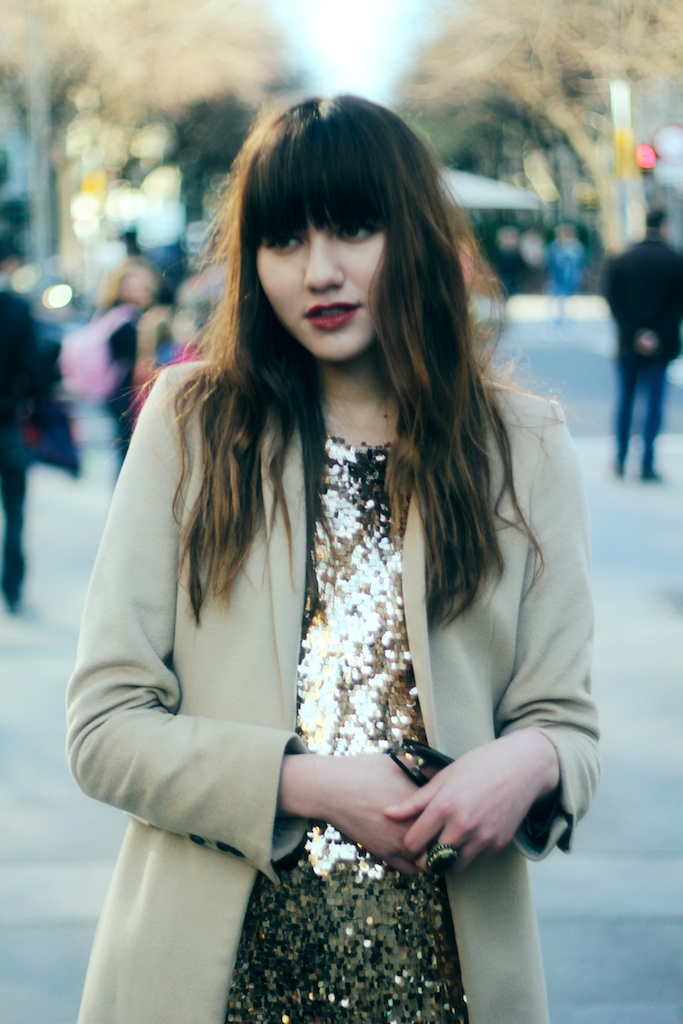 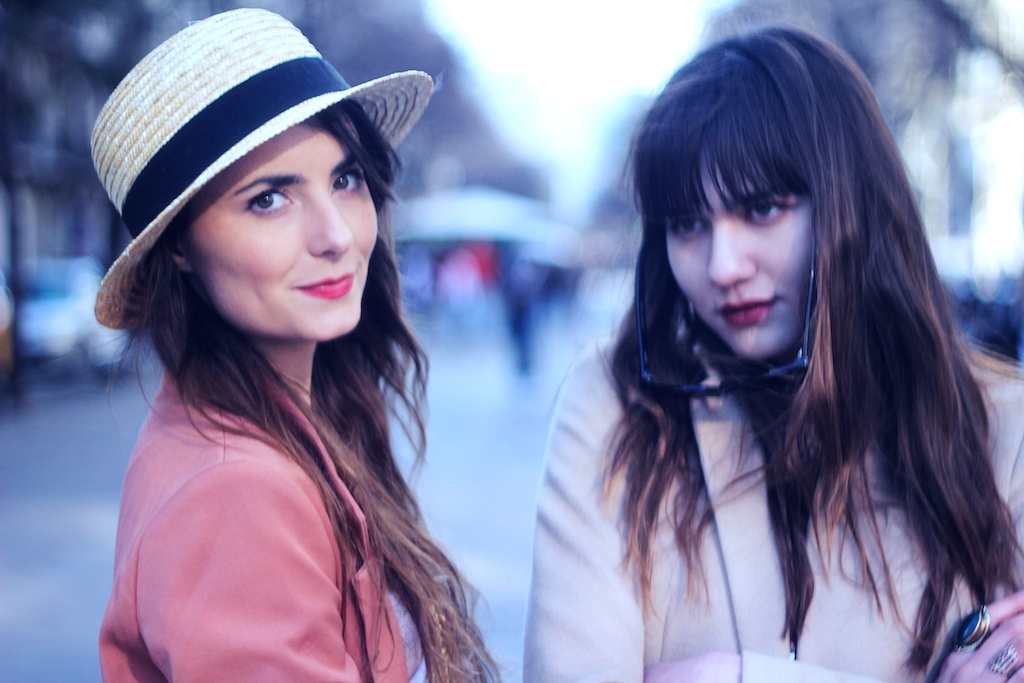 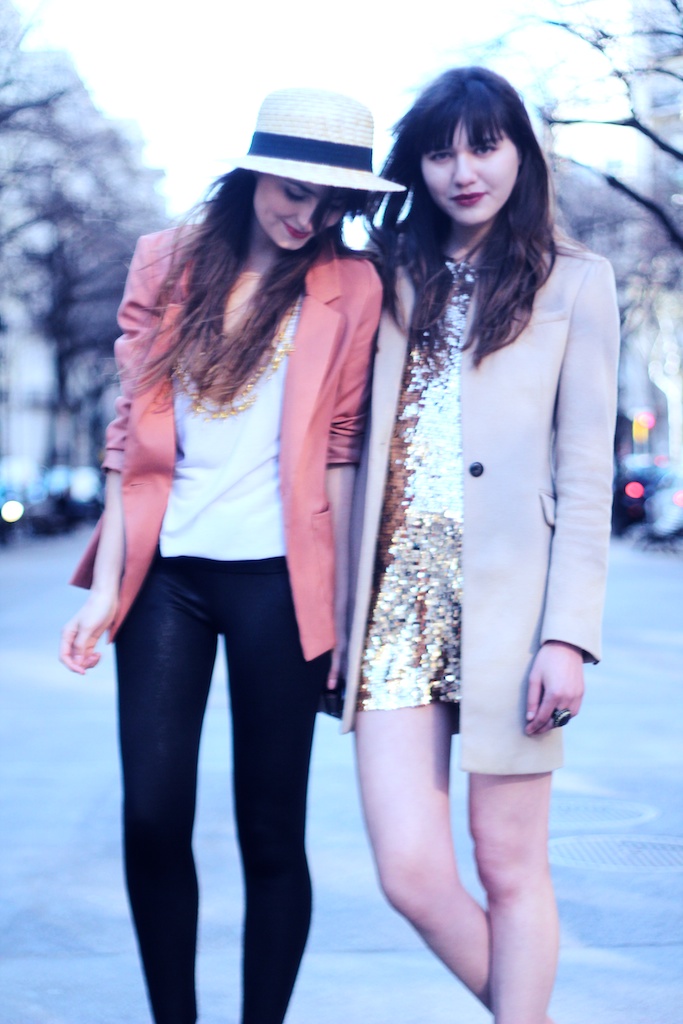 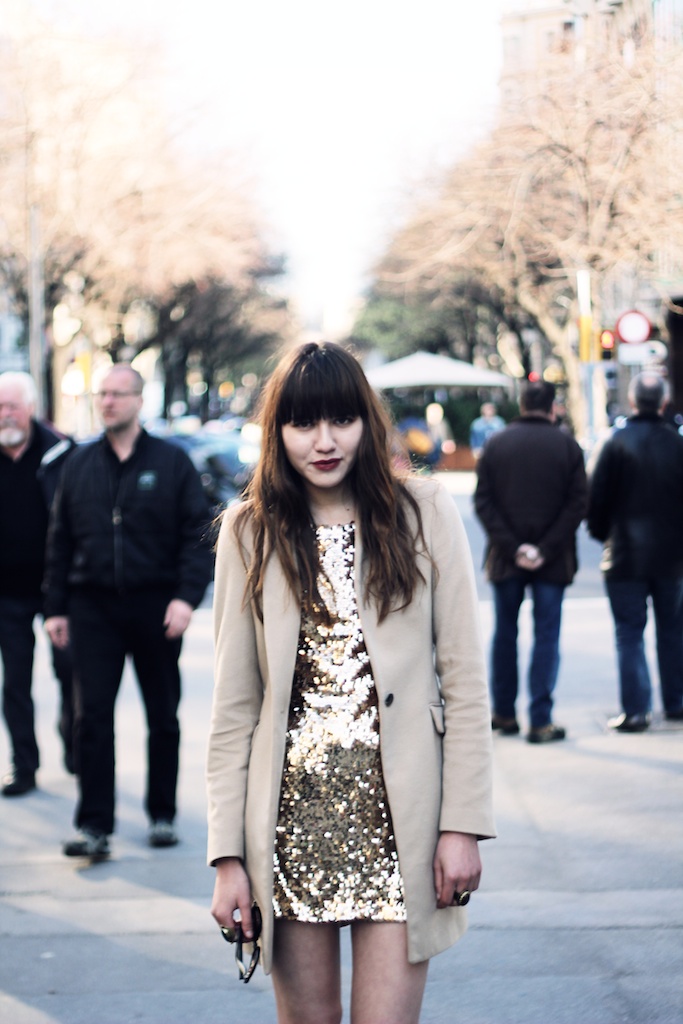 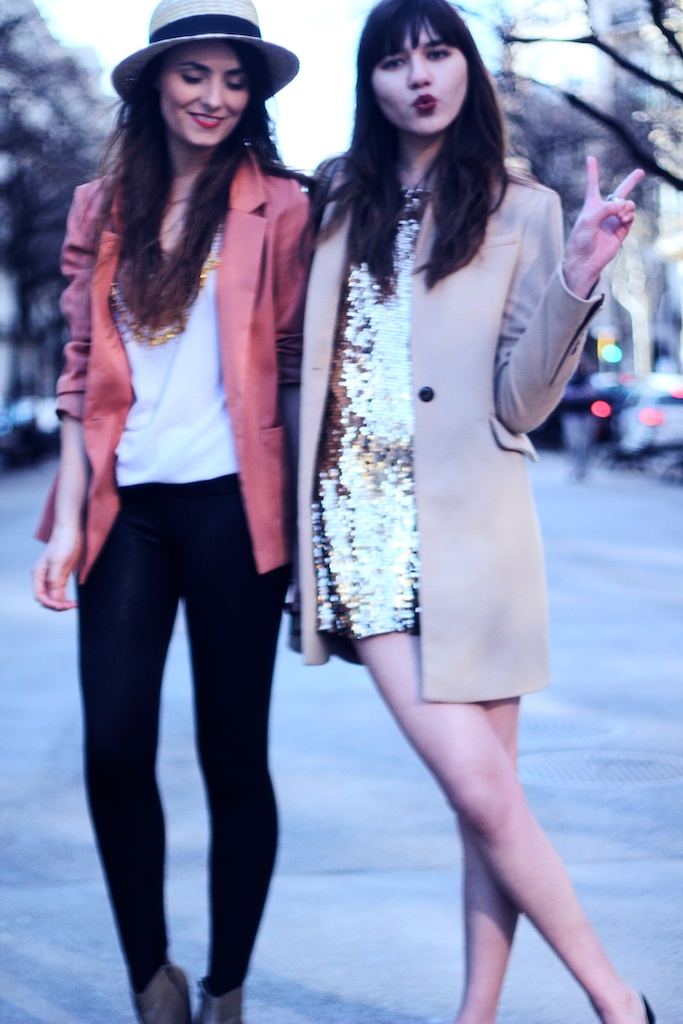 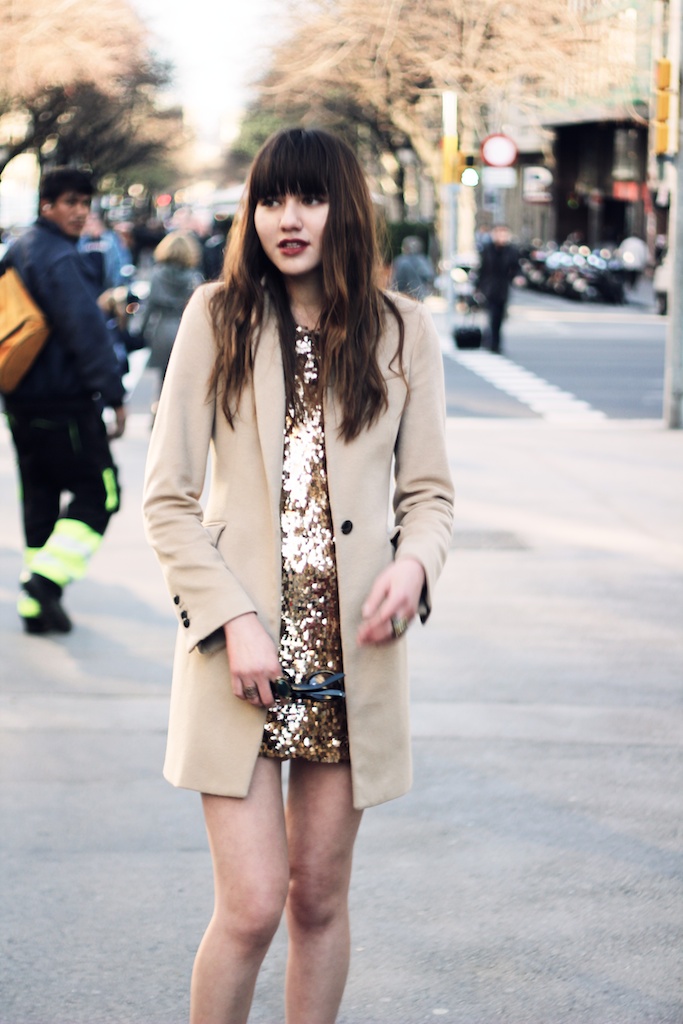 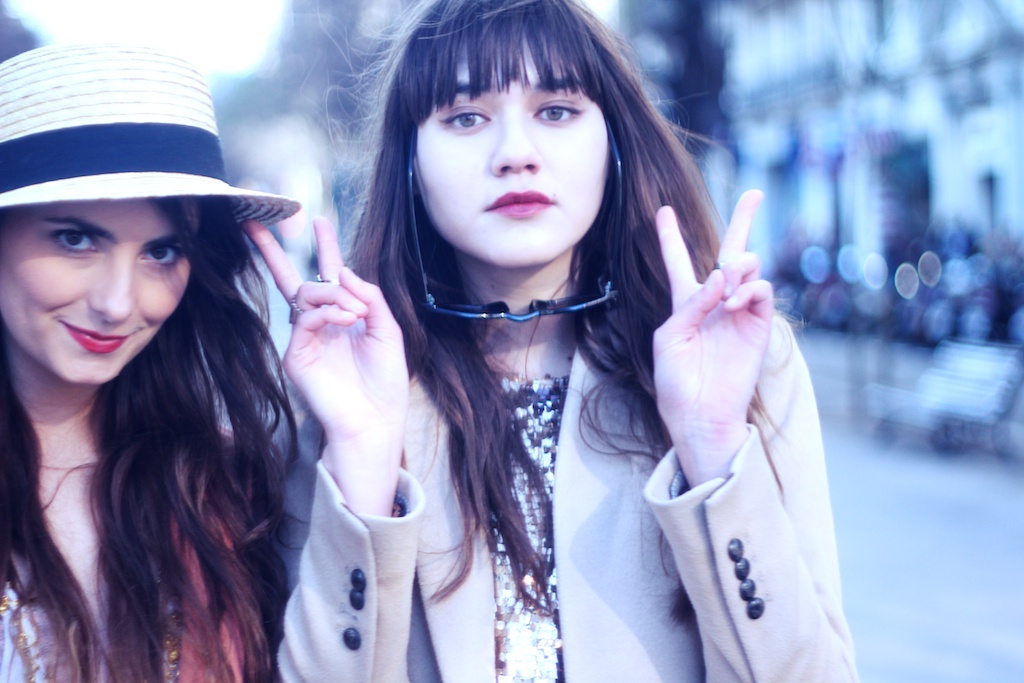 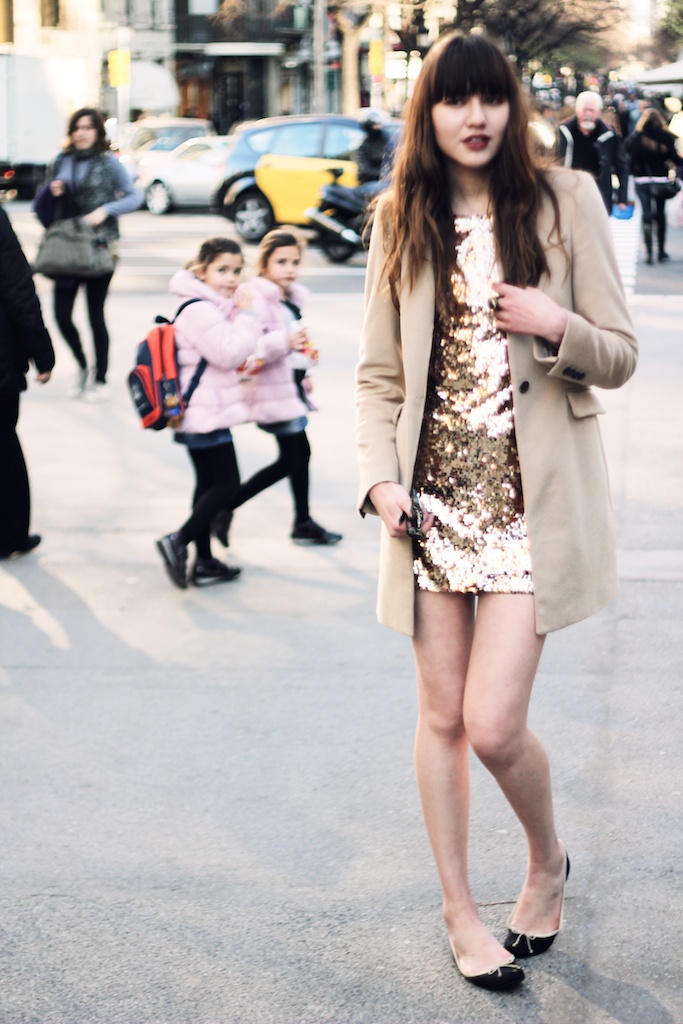 Here I am photographed in Barcelona with one of my very good friends, Zoey Bittleston of the blog Make Shift Model! Introducing the new label designed by the beautiful Zoey herself: DISCO PONY! I am wearing the Disco Pony gold open-backed dress. It’s so gorgeous and sparkles like mad in the sunlight. It is literally a head-turner (I mean, just look at all the people behind me in these photos!) Either that, or no one in Spain has seen paler legs lol. I stayed comfy in a simple pair of ballet flats and a camel colored coat. Zoey is wearing her own design as well, the Disco Pony chain tank! So cute! I miss her so so much! Albert, Zoey’s fiancee, was kind enough to follow us with his camera one afternoon. We snapped these images right smack in the middle of Las Ramblas. He even got TONS of video footage of Zoey and I casually strolling the streets of Barcelona. I’m in love with how he filmed it. It came out with a very soft and natural, with a little glow. A perfect way to remember Spain. Europe is like a dream and this video definitely captures the beauty of it. I can’t wait to visit Spain again!

Watch as Natalie Off Duty and Make Shift Model soak in Barcelona’s beauty!!